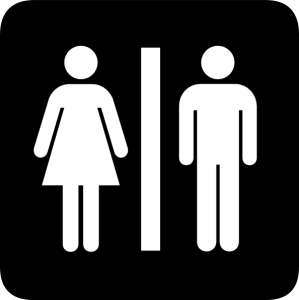 “Is there an order of creation, and is it of any cosmic significance?” This is a question posed by Letha Scanzoni and Nancy Hardesty in their egalitarian book, All We’re Meant To Be. This question is also asked by many women and men in the pews of our most fundamental churches, questioning the culture of our day and the justifications it seemingly is bringing into our Christian circles. With the rise of feminism and the spotlight on this being a “Woman’s World,” one begins to question where it all began. Where do we find the basis of our gender roles? And what is the purpose in establishing a time frame of gender role development?

Complementarian theologian, Raymond Ortlund, in his article published in Recovering Biblical Manhood and Womanhood, states his reason for bringing the argument back to the first three chapters of Genesis, “because as Genesis 1-3 go, so goes the whole Biblical debate. One way or the other, all the additional Biblical texts on manhood and womanhood must be interpreted consistently with these chapters. They lay the very foundation of Biblical manhood and womanhood.” Mary Kassian echoes these thoughts in her book, Women, Creation and the Fall, when she says, “An understanding of creation is central to a correct understanding of male and female roles, as all Biblical teaching on roles is contingent on this historic event. Gender roles are rooted in the creation order, and apart from this context, cannot be understood.” Self-proclaimed ‘biblical feminists’ would like to suppose that creation order has nothing to do with the distinction of roles or ‘inequality’ of men and women, and that inequality is a result of the fall. This is what Rebecca Groothius claims in Good News for Women, stating, “Male rule and pain in childbearing are clearly presented in this verse (Genesis 3:16) as two of the consequences of sin that would be experienced uniquely by the woman.” One must challenge the accuracy of such radical claims by our biblical feminists, and in doing so establish the time frame of the creation order, whether it be in Genesis 2 or in Genesis 3, all in an effort to understand exactly what God’s design and purpose was for us as women today.

To do this, there are three questions that must be answered: Do chapters 1 and 2 of Genesis hold two differing creation accounts; is role distinction a result of creation or the fall; and, is there any cosmic significance to these distinctions? This first question I will answer today; the remaining two will be address in the next article posted on the sixth.

The recent attack on gender roles has brought about this idea that Genesis 1 and Genesis 2 hold two differing ‘stories’ surrounding the creation narrative. A foundational understanding of the creation account must first reckon with the differing narratives found in Genesis 1 and 2. Looking at them as two separate and opposing stories, Scanzoni and Hardesty claim that, “Genesis 1 and 2 actually differ concerning the order of creation. In Genesis 1, male and female are said to be created simultaneously by God as the culmination of creation. If beings created first are to have precedence, then the animals are clearly our betters. In Genesis 2, ha-‘adam is created prior to the animals, but the culmination of God’s creative activity is Eve.” Staking these kinds of claims reveals the assumption that Scripture has some major inconsistencies found from the very beginning of its pages, and thus is not to be trusted. However, operating under the presupposition that Scripture is authoritative, and as such a natural reading of it, along with the work of the Holy Spirit,will enlighten the reader to the meaning found in it, we can conclude that there is a logical explanation for the two seemingly different accounts of creation found in Genesis 1 and Genesis 2. In his commentary on Creation and the Fall, Dietrich Bonhoffer explains the duplicity of the creation accounts, “The first account is written entirely as from above, from God’s point of view. On the other hand, the second account is about the near world and the near Lord upon the earth, living together with Adam in Paradise.” Raymond Ortlund affirms this by saying, “There is a paradox in the creation account. While Genesis 1 teaches the equality of the sexes as God’s image-bearers and vice-rulers on the earth, Genesis 2 adds another, complex dimension to Biblical manhood and womanhood. The paradox is this: God created male and female in His image equally, but He also made the male the head and the female the helper.” Within the framework of God’s Word being inerrant and inspired, we must conclude that there cannot be two separate accounts of the same event recorded merely verses apart, but that there is one account, with two narratives: the first being an overview and the latter a detailed version.

I cannot stress aptly enough how important it is to come to a conclusion on this topic of the creation account. This point alone effects our lives as women and as believers. If we do not come to the conclusion that there was only ONE creation account established, then Scripture has lost its authority and significance in our lives. To say that they are differing is to say that Scripture is untrue, and, therefore, God is not to be trusted. The gender issue IS complex, but it will only get more and more complicated as the next generation comes into view. With the Adam Lambert’s and Lady Gaga’s in our culture and so-called Christians affirming homosexuality and confusing gender roles in our churches, these questions are not getting any easier to answer. But we must face them with the absolute truth of God’s Word and a concrete trust in Christ. We must not bury our heads in the ground in hopes that these issues will just blow over with the sands of time. They won’t. We must study. We must learn. We must equip ourselves and the generations to come.

This is the foundational conclusion that our other two questions will be built off of. Come back on Sunday, December 6th, to read on the remaining questions in this great gender debate:

Are role distinctions a result of Creation or the Fall?

And is there any cosmic significance to these distinctions? Click here for part two to find out.

6 thoughts on “The Great Gender Debate – Part One”