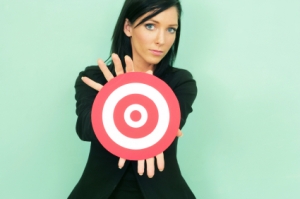 I want to introduce you to someone, a woman who one day I hope to meet. I don’t know her name and she’s not alive anymore, but I know her story well, for it’s a fascinating one. I have read of her past and I am sure of her future. And although the world saw her as a target, someone to chew up and spit out, Christ alone saw her as a treasure.

She is known commonly as the Samaritan woman; although I am sure she had a name of her own. I wonder what it was? Her story is found in John 4, where her life – a life that parallels lives of women everywhere today – fundamentally changed the day she met her Savior at Jacob’s well. A natural reading of John 4 is going to show us a number of really interesting points in her story. I’d like for us to walk through it together and meet this woman who found the source of Living Water.

In John 4:3-4, the story starts out with Jesus purposing to go through Samaria. He was going from Judea to Galilee, but “He had to pass through.” Why did this fact jump out to me? A brief look at any ancient map of Israel will show that Samaria lies smack-dab in the middle of Judea and Galilee. So, then why is it important that to get from point A to point C, Christ went through point B? Sounds logical, right? But what is interesting here is that this is NOT a normal route the average Yahweh-loving Jew would take. The Samaritans were a hated people in the Jewish culture, the bane of Israel’s existence. The Samaritans, half-Jewish and half-Gentile, had a history of contention with the people of Israel for their association with the Assyrian conquest. When traveling, most Jews would go out of their way to walk around Samaria when going from Judea to Galilee. Jesus was not most. Not only did Jesus go to a particular province, Samaria, but He also sought out a particular city, Sychar, and a particular place within that city, Jacob’s well, and waited for a particular time…for her. He waited there for His divine appointment to begin with a woman who was searching for acceptance and approval.

“So Jesus, wearied as he was from his journey, was sitting beside the well. It was the sixth hour. There came a woman of Samaria to draw water.”

Did you catch that? Sandwiched in between two seemingly more significant facts is something so revelatory about this unnamed woman that John had to make sure we were aware of what time of day this all took place: the sixth hour. The Hebrew culture, differing from the Roman culture which started its day at midnight, started their day at 6 AM, meaning that 7 AM would be their first hour. The sixth hour? That would be high noon. That’s right, the hottest part of the day. Why? Why would a woman come during the hottest part of the day to draw water and carry it all the way back to her home? Why not come in the cool of the evening or the first hour of the day when the sun hasn’t heated the earth yet? It would seem crazy, wouldn’t it? But we as women have done crazier things to avoid confrontation and judgmental stares, haven’t we? So, she comes to the well alone. No women to shoot their condescending looks were in sight. No whispers in the distance were heard. It was just her and the well every day, a tradition she undoubtedly loathed. Yet this day was different; this day when she came to the well, a man was there waiting…for her.

I love the discourse that follows.

“Can you give me some water to drink, please?”(of course, Jesus was polite!!).

A shocked expression overtakes the woman’s face. “You are a Jew. Why are you even speaking to me, a Samaritan woman?” How she knew Jesus was a Jew, I’m not sure. Maybe it was in the way He spoke, or the clothes He wore, or the way He looked. Scripture is not clear on this, but what is clear was that she knew. She knew He was a Jew and she knew He shouldn’t be speaking with her! And yet, He was!

Jesus answers her saying, “If you had known the gift of God and who it is who said to you, ‘Give me some water to drink,’ you would have asked him, and he would have given you living water.” Still thinking on the physical level, she answers him, “Sir,” she said, “you have nothing to draw with and the well is deep. Where can you get this living water?” Wondering if He thought this water wasn’t good enough or pure enough, she questions Him, “Are you greater than our father Jacob, who gave us the well and drank from it himself?” Jesus ignores the question to His preeminence and addresses the status of her soul. “Everyone who drinks this water will be thirsty again, but whoever drinks the water I give him will never thirst. Indeed, the water I give him will become in him a spring of water welling up to eternal life.” This was a foreign concept to the Samaritan woman. How can I drink something that will forever sate my need or thirst for water again? Still physically minded, she probes, give me this water so that I never have to come back to this miserable well again, so that I never have to endure the looks, the jeers, the agony of being cast aside and refused. Please, give me this water so I never have to walk in shame during the hottest part of the day just to avoid the judgment of everyone I see. She says, “Sir, give me this water so that I won’t get thirsty and have to keep coming here to draw water.”

“Go and get your husband.” She cringes. Her heart falls into her stomach. There it is. So close…

She sighs, “I have no husband.” Hope is once again crushed. He won’t give me that water now. I’ll have to continue to come here. I should be used to this feeling, this low, but I’m not.

“You are right when you say you don’t have a husband. You’ve had five. And the man you are living with now is not your husband.”

How did He know? “Sir, you are a prophet!” Then she brings up a major source of contention between the Jews and the Samaritans, the location of the temple. See, the Jews know that the temple is to be in Jerusalem, but the Samaritans decided to build their own temple on Mt. Gerizim. Jesus answers her with a definition of true worship being in spirit and in truth. She remembers hearing about a Messiah that would come and reveal new things about God and wonders if this couldn’t be Him. She asks, “I know that Messiah is coming” (the one called Christ); “whenever he comes, he will tell us everything.”

If she still had that jug for water in her hands, I imagine she dropped it at this point. She was standing in the presence of God; He was talking…to her; He knew everything about her, her tainted past and crumbled resemblance of a life. The world put a target on her back, and she submitted to its will. But standing right there in front of her was the Messiah who saw her as a treasure and who had been waiting…for her!

The story goes on in the chapter, and it’s beautiful. The disciples come and act almost embarrassed for Jesus for talking to a woman who is a Samaritan, a double-whammy against the custom of a rabbi. But He cared more for her soul than He did His own distinction. She ran off into the village shouting to anyone she saw or heard, “Come, see a man who told me everything I ever did. Could this be the Christ?” Suddenly, it didn’t matter if the whole world looked at her with disdain. It didn’t matter what they thought or said about her anymore. She had met the one man, the only man, who could satisfy her need for acceptance and approval, who saw her not as a target but as a treasure, Jesus Christ, Her Savior.

This story is powerfully relatable. Who HASN’T been in this woman’s shoes? Who hasn’t felt so strongly the need for acceptance? Who hasn’t needed to feel loved and cared for? Who doesn’t have a thirst and hunger inside their soul for something more in this life? I tell you without Christ you will never find true peace or genuine satisfaction. Without Christ, you will always be the world’s target. Without Christ, that hunger, that thirst that makes you chase after what this world tells you you need to feel fulfilled will ALWAYS BE THERE nagging away, wanting more. You cannot find contentment apart from Christ. He IS the Living Water.

I urge you, if you don’t know Christ in a personal way, please contact me at sbubar@swbts.edu. Christ is waiting…for you! I would love to introduce you to Him.

Maybe you’re sitting there, and you have met Christ. He IS your Savior. But lately, something isn’t right. Lately, life has been dry. Ask yourself: have you bought into the world’s philosophies of happiness, and although you know God treasures you, you’ve picked the target off the ground and you’ve placed on your back again? Have you ceased finding your contentment in Christ alone? Are you searching for something more all the while the answers are in your possession? Is there sin in your life that has caused dissatisfaction? I urge you get things right with your Savior. Confess your sins to God; Christ is waiting….again…for you!

The story of the Samaritan woman is indeed epic. The world saw this woman as a target, but Christ saw her as a treasure! He can do the same for you!

4 thoughts on “Are You a Target or a Treasure?”